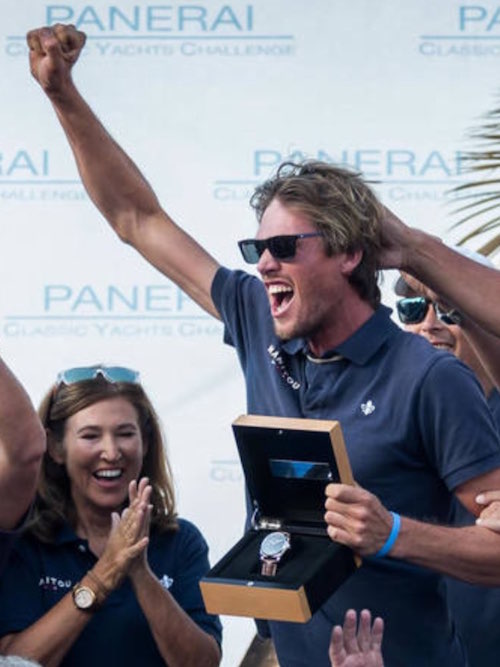 Alex has been working in the Yachting Industry since 2004 after finishing a Bachelor of Arts in Economics from Newcastle Upon Tyne University. After a year in Australia working for a charter company on the Whitsunday Islands, Alex moved to the South of France. In 2006 he worked with the late, legendary Kenny Coombes on LUCIA, a 62ft John Alden Yawl and was introduced to the Classic Yacht Regatta Circuit.

In 2007 Alex joined Mat Barker on The Blue Peter, the beautiful 65ft Alfred Mylne Cutter, which Mat used as a successful charter business, as well as being very competitive during the regattas.

After 4 years on The Blue Peter, Alex was offered the position of Captain on MANITOU, the 62ft S&S Yawl that was JFK's presidential yacht back in the day. The yacht was in need of a major refit, which Alex oversaw in the US. MANITOU arrived in the Med in August 2011, ready to race. She proved to be a very competitive boat, with wins in many regatta's over the next 5 years, finishing with the Overall Vintage Yacht Prize in The Panerai Classic Yachts Challenge 2015. To this day, Alex is the youngest skipper to win this trophy.

In 2016 Alex took the position of Skipper on LATIFA, probably the most beautiful classic yacht ever built. He started a round the world cruise with the new owners but left the yacht in Canada in May 2017 to be closer to his young family in France. Alex bought ALGUE in August 2017 and will be restoring her to her former glories over the winter in the Port of Cannes, ready for the 2018 Sailing Season....

A word from the Captain